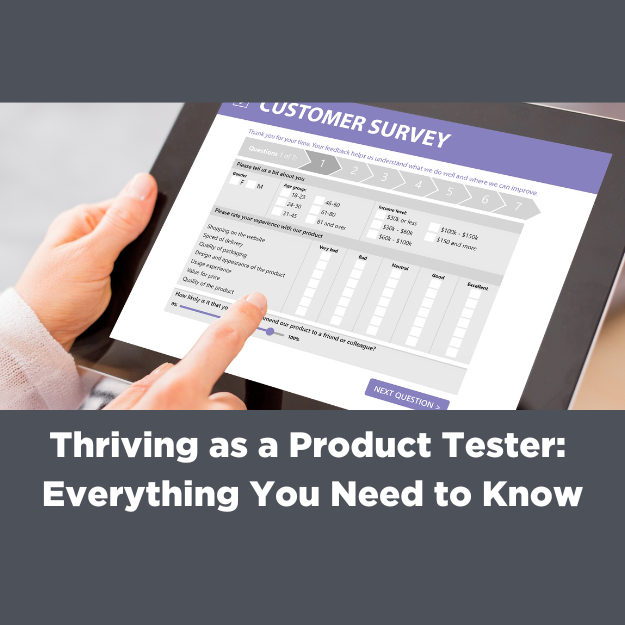 Thriving as a Product Tester: Everything You Need to Know

In 1919, only 103 years ago, women were given the right to vote. Just a few generations later, women find themselves at the forefront of policy making, culture, and business. Curion, leading consumer insight company, is one of those businesses. If you asked a regular joe in 1919 if they thought a woman would be at the forefront of the leading consumer insights company, they’d likely have a hard time believing it.

Yet, if they had the opportunity to speak to Keren Novack, they’d quickly understand why she’s President of Curion. Keren speaks candidly, no pretention or superiority in her voice. She simply speaks. I interview her on the way from school pick-up, in the middle of balancing work and family life – a concept that would be laughed at by many in 1919. She tells me what she values the most from her peers is transparency. The ability to admit when they don’t know something –to ask a question and to discuss it in detail. And not just because she wants her employees to learn, but because she wants to learn too. This curiosity: desire to learn from anyone and everyone without holding it against them in the long run is how companies grow – and women like Keren are comfortable enough with themselves and unafraid to confront. A quality that women might have more of an ability to sit with than men, has allowed Curion to grow the way that it has, paving the way unparalleled success.

The most beautiful part? Keren’s not the exception at Curion; but the norm.

71% of Curion’s workforce is women, fostering a culture of mutual respect and building a better team, making space for questions and mistakes along the way. “It’s so important that everyone knows their worth and power within the company, and that happens through respect,” says Curion President Keren Novack. “When someone asks me for my opinion, it means the world to me. And when then whenever I have the opportunity to invite them to weigh in on something I’m considering – that’s when the magic happens. Respect and collaboration are a two-way street.”

The number of women in leadership positions are increasing it transforming the way organizations understand each other. In 2015, McKinsey began partnering with LeanIn.org to track the advancement of female progress in the American workforce. Their research outlined a trend highlighting stronger women employment retention from 2015-2019. But in March of 2020, all of that changed. Schools and daycares closed their doors across the country, skyrocketing women’s burnout rate in the coming months. The world scrambled to adapt to a new way of living, and those fortunate enough to still be employed found ways to make remote work positive and productive. Juggling the role of babysitter, teacher, coworker, and manager, answering Zoom calls while boiling macaroni and cheese, experiencing professional and personal identities overlap in ways that they never have before – it changed everyone –men and women. McKinsey reported one in four women considered quitting or taking a less stressful role, versus one in five men.

Over the last two years, however, another more inspiring and hopeful pattern has emerged. Female leadership is on the rise and changing the way businesses are run. And nothing is stronger than women who want other women to succeed. According to Keren Novack, the baseline of change is the ability to listen and to understand.

“We want to create an environment that’s reciprocal and life-giving rather than competitive,” Keren states. “No one actually has it together. Everyone is trying to do the best they can, and hopefully asking all the questions they can along the way.”

For Keren Novack, elevating those around her comes naturally. Women all over the nation are similarly leading collaborative efforts. According to a March 7, 2022 report, senior-level women are spending time on peer-to-peer support, resource groups, focused recruitment to elevate the voices of underrepresented groups, and advocating for women of color. Women go out of their way to discover and nurture the gifts of others, propelling another level of success we’re sure to see more of this decade.